We advocate in partnership with the National Aboriginal Council of Midwives (NACM) and other midwifery associations to relevant governments for policy changes and funding to advance Indigenous midwifery, the growth, diversity, and accessibility of midwifery throughout Canada, and continued investments to strengthen midwifery globally.

Governments and the public will have better knowledge of midwifery, the role of midwifery associations, and of their impacts on sexual reproductive health and rights in Canada and globally.

In May 2021, several midwifery leaders across Canada presented as witnesses to the House of Commons Standing Committee on the Status of Women. The Committee had received a standing order from the House of Commons to conduct a study of midwifery services across Canada, including the ramifications of the elimination of Laurentian University’s midwifery education program and strategies to ensure that access to health services is maintained.

The Liberal Platform promises to include midwives in the list of eligible health professionals for the Canada Student Loan Forgiveness Program for Doctors and Nurses. They also commit to increasing the loan forgiveness amount by 50% over 5 years. 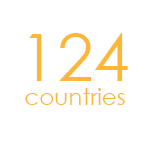 In early 2021 Dr. Kirsty Bourret and Dr. Cristina Mattison (McMaster Midwifery Research Centre) published their research demonstrating evidence for midwifery association capacity building by studying CAM Global’s activities and approach. A few months later, a second round of funding was approved to extend the research to include member associations of CAM. The midwifery associations in Nova Scotia, Alberta and in Newfoundland & Labrador were selected for second research project (2021-22).  This work is funded by CAM and MITACS.

In February 2021, the researchers were selected to present a policy brief to Global Affairs Canada (GAC) during the International Policy Ideas Challenge (IPIC) Ideas Symposium. This was an exceptional opportunity to demonstrate to GAC and other stakeholders the evidence that sexual and reproductive health and rights could be improved through CAM’s approach of association strengthening.

CAM President Alix Bacon participated in a meeting of the Prince Edward Island (PEI) Midwifery Steering Committee to present the Canadian Midwifery Model of Care and to underscore the importance of homebirth and the recognition and inclusion of Indigenous Midwifery in midwifery regulations. A similar presentation was delivered by CAM to the Yukon Midwifery Implementation Committee earlier this year.

CAM participated in a roundtable discussion co-hosted by Minister of Health Patty Hajdu and Minister of Women and Gender Equality Maryam Monsef in November 2020. The event marked the launch of the 16 Days of Activism against Gender-Based Violence and the International Day for the Elimination of Violence Against Women.

CAM & NACM were awarded funding by the Public Health Agency of Canada to share and develop resources, workshops, and courses to help midwives better recognize and respond to intimate partner violence. Learn more about the project: https://canadianmidwives.org/family-violence/

NACM will continue to be an expert advisor for reproductive care and Indigenous women’s health for Indigenous Services Canada.

Over the last 15 years CAM & NACM have been deliberately cultivating a collaborative relationship anchored in the belief that true partnerships between Indigenous and non-Indigenous health care providers will result in improved health care outcomes for Indigenous families. CAM acknowledges its responsibilities to the rebuilding of Indigenous nations and does this work under the direction of NACM.

NACM & CAM continue to share infrastructure and resources to mutually strengthen our work and our voices.

To find out more about how NACM is leading the way for Indigenous Midwifery visit https://indigenousmidwifery.ca/

CAM will continue to amplify the voice of Global Midwifery 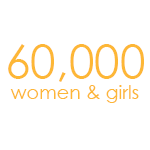 New Midwifery Projects funded by Global Affairs Canada Announced
Projet d’appui à la santé sexuelle et reproductive égalitaire (PASSREL) The goal of this five-year project launched in April 2021 is to increase access to quality health care to 60,000 adolescent girls and women of reproductive age in Port-au-Prince, Haïti. Read more in the Global Report.
SMART Respectful Maternity Care (RMC) Project The goal of this four-year project is for women of childbearing age in targeted areas of the Democratic Republic of Congo (DRC) and South Sudan to advocate for and access health centers that provide gender responsive quality care. Read more in the Global Report.

This short, animated film based on the true story of a young midwife using her training and ingenuity to save the life of a mother from a post-partum hemorrhage has been screened in nine (9) international film festivals (including Canada, USA, Tanzania, South Africa, Zambia). The film is being used as an advocacy tool to promote the importance and value of midwives in the health care system. Labour Pains has had 18,000 views online to date.

A series of public engagement pieces created to promote the collaboration between midwives in Canada and South Sudan.  They include a magazine, a series of short videos, social media posts and a web-documentary. The pieces have been shared on social media and have been viewed more than 225, 000 times. For information: www.midwifesongs.org

This documentary showcases the lives and roles of two South Sudanese and two Canadian midwives. As of September 2021, it has seen by approximately 5,000 people and has over 100,000 views online.